A Taste of Failure….or Not

I’m going to start this post with a digression. 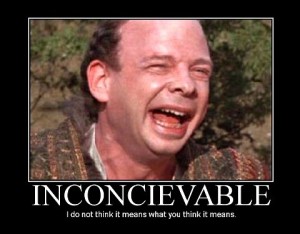 This is not meant to be a “Poor me” kind of post. Part of what I’m doing here is documenting the weird, wild, world that is a writer’s life.

Here are two sentences that describe the same thing: 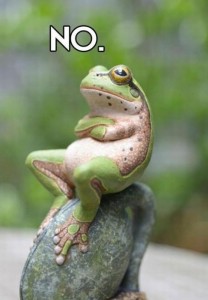 Look, just bear with me for a moment. This won’t hurt. I promise. And I do have a point to make here.

I got the email on Friday about my short story “Partners”. I was about to break the news to folk who knew I was “Not Waiting” to hear back about it, and one of these two sentences was my initial reaction.

And it took me a couple of hours to realize that I wasn’t seeing things clearly.

The first sentence suggests that the editors made a decision based on a number of factors (which I won’t get into here).

The second sentence suggests that the story, somehow, failed to get into the anthology. This also suggests, by extension, that I have–somehow–failed.

Ask any artist about self doubt.

The first sentence is pure, unvarnished, reality.  They passed on my story. Reasons why are immaterial. There are no judgment calls on my ability or whether the story was a success. It just wasn’t a good fit at the time.

The second sentence, while true, it is also utter horseshit.

Fact 1: I started writing a story, then I finished it–success.
Fact 2: I edited said story, revised it, had beta readers look over it, and I submitted it–success.

All of the implied judgment is internal and we’re all our own worst critics, aren’t we?

That’s why I don’t see this as a failure. I made something that I think is worthwhile and I don’t regret a single second of the time it took to create it. Maybe someone else decided that it wasn’t for them, at the time, but maybe someone else will.

Ultimately, what I want you to take away from this is:

Someone else’s judgment call doesn’t make you a failure. Ever.

What am I going to do with Partners? I’ve got a bunch of options. I’ll probably shop it around the short story market, but I can also Self-Publish it, release it serially here, etc. I’ve got loads of options.