How a Short Story is Born a.k.a: The Price of Power – What the Heck Happened?

Three days ago was the deadline for submitting my story to Faith Hunter’s* Rogue Mage anthology. I’m happy to say that I got it in ahead of schedule and under the maximum word count.

But there were days where I had my doubts. 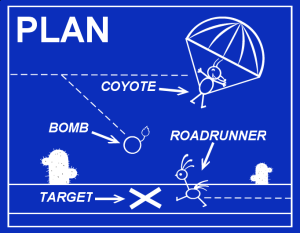 (Yeah, nothing can go wrong with this…)

Going into it, I had a pretty solid plan. And, believe it or not, The Plan was one of the things that went right. Probably because it was simple: Do your research, get a rough outline down and do what you have to do to get the story done by March 15th.

Now it might be that the plan was too simple (or not) but the really important thing here is the date. Setting a definite date to be done prior to the deadline helped me get to the point where I needed to be in order to make the actual deadline. 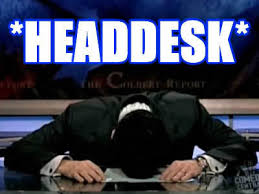 I had my research done, I had my materials close at hand, I had my outline done, then I sat down to write.

You read that right. my first draft weighed in at over three times the upper word count.

Well, there were a couple of things that happened but I want to answer a different question first.

Did the first draft need to be that long?

Not necessarily, and I’ll get to the reasons why in a moment. What matters here is that it took just over twenty-six thousand words to get the entire story out. I’m going to say that again.

The entire story needed to come out.

Just as you can’t edit something you haven’t written, I can’t substantively edit a partially written story. Did I know that I was going to end up with close to thirty thousand words?

No–well not exactly.  I can’t articulate how, but I *knew* that I was going to be in the neighborhood of 24-26 thousand words.  Maybe, as I grow up, I’ll be able to explain it*** but, looking at my overall outline and what I had down so far and how many words it took me to get to that point, I could extrapolate what I was going to end up with.

So here’s why the first draft didn’t need to be that long:

I went a little bit crazy.

Of the authors invited into this anthology, fully seven of them are folks that have books sitting on my bookshelves (The others are in my Kindle App) and here I am, the newest kid on the block, invited to come over and play in the sandbox.  Naturally, I wanted to build the coolest, most awesome sand castle ever.

And I had the room to play in. During my research and outlining phase, I came up with idea after cool idea and I kept chasing the awesome.

For the record, I stopped myself before I got to the cyborg-penguins with jet packs and battle armor.

(like this, but with more jet pack and battle armor)

And every bit of awesome needed it’s own scene and build up and…well you get the picture.

And I got 26 thousand words. 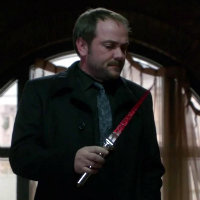 (Which darling to I start with…decisions, decisions)

I found this phrase on a T-shirt which I will, one day, own:

“Write without Fear – Edit without Mercy”

I got ruthless. Great blocks of text got sliced. Entire scenes got uprooted and set aside (Not deleted…never throw anything away). Nothing was off the table. I kept at it until I had the bare essence of the story exposed.

It was a hell of a lot of work.  I was at it in the morning, during lunch breaks, in the evenings, and on the weekends.

To keep myself honest (and to convince myself that I was making progress), I kept a running series of blog posts starting here.  The blog helped–despite adding to the “to do” list–and, eventually, I smoothed over the rough edges and actually worked some of the stuff I removed, back in, though in a condensed form.

In the end, I chopped, trimmed, and chainsawed eighteen thousand, six hundred-eight words.

Was it worth it?  Absolutely. No time spent writing is ever wasted and every word cut had an impact on the words that remained****

I’m really pleased with the way it turned out.

While I’m waiting for editorial feedback, I’ve got a couple of things I’m working on:

I’ve got a short story that I need to see if I can cut 2100 words from to make submission guidelines (It’ll probably be good for me…thanks Janet) by April 30th.

And, after spending so much time in the Weird Wild West and in the Rogue Mage world, I am finding my head wanting to get back into outer space.  I don’t have more than pieces of thoughts, but I’m definitely thinking that Space Opera will be back on the menu for this year’s writers retreat*****

* It occurs to me that I should have been linking websites long before this. What can I say…still learning.

** The coffee is still processing, we’ll see how that works.

**** Except, approximately, 1200 separate uses of the word “Then” which I developed an unreasonable love for in this story (Thanks for pointing that out Mindy)

***** Apologies, in advance, to the Roaring Writers who may (or may not) have had their fill of Space Opera from last year.

This entry was posted in LIfe, Planning, Writing and tagged life, planning, writing. Bookmark the permalink.

1 Response to How a Short Story is Born a.k.a: The Price of Power – What the Heck Happened?